Hayward as
a Mainstay

Hayward Field has been a mainstay of American Track & Field for 100 years. Following its recent renovation its position as America’s home track looks set to continue long into the 21st century.

Hayward Field first opened in 1919. At first, it played host to both football and track, and was home to the Oregon Ducks football team until 1967, when Autzen Stadium was built on the north side of the Willamette River. With college football relocated, track seized the opportunity to make Hayward its home. Since then, Hayward has seen some amazing moments, from Otis Day sprinting down the home straight, to Steve Prefontaine electrifying the crowds, and Bill Bowerman perching on that famous old East Grandstand. More recent memories include Ashton Eaton’s Decathlon World Record, set in 2012 before the London Olympics, Edward Cheserek and his 17 NCAA crowns, and the greatest women’s 4x400 we’ve ever seen. When USC’s Kendall Ellis kicked down the field to win the 2018 NCAA women's outdoor track title, it was the year after being outkicked by Raevyn Rogers in the same meet.

Hayward is a part of US Olympic and NCAA history. Having hosted the Olympic Trials seven times, and the NCAA championships 18 times, the old stadium saw its fair share of great moments and people. But in the summer of 2018, change started. The historic grandstands came down and were replaced with a large sweeping roof and a tower that has become a new part of the Eugene skyline.

Now you may be thinking, Hayward is a national treasure and monument to our sport, there’s no way they should totally renovate it. At first, the plan was to repair and stabilize the East Grandstand before tearing down the West Grandstand and rebuilding it. But it ended up being a bit more complicated than that.

To say the renovation caused controversy would be an understatement. Fans had mixed reactions – some were incredibly upset, others were sad but able to accept the change. One man bore the brunt of most of the reaction: Nike Co-Founder and former Oregon track runner Phil Knight. He realized from the get-go that the major overhaul would cause backlash. He even said in an interview with the Register Guard back in 2018, “I’m sure of one thing. When those bulldozers knock that East Grandstand down, I am the most reviled man in Eugene.”

Again, drawing from the interview with Phil Knight, the project was bogged down and eventually a whole new design was introduced. Which is then what led to many mixed opinions amongst track fans and in particular, the people in Eugene. Dissenters included Tinker Hatfield, who vaulted at Oregon and is the mastermind of the Jordan shoes, and Linda Prefontaine, the sister of the great Oregon distance runner Steve Prefontaine.

In the end, the renovations went through and the old Hayward was torn down. And – even those who might have preferred the old Hayward – it was a sight to behold. After a Covid-interrupted year, when it reopened in 2021, Hayward Field signaled a new era not just for Oregon, but for the sport as we know it in the US. And of course, the fans brought back the noise and the famous Hayward spirit.

A new generation of track and field athletes opened the new era at track's great cathedral with a bang. First, the collegians showed out at NCAAs: Cooper Teare and Cole Hocker, both Ducks, continued the rich legacy of superb distance running in Eugene by winning NCAA titles in the 5000m and 1500m, respectively. Other performances shone bright too. LSU’s JuVaughn Harrison took the High and Long Jump titles, and Athing Mu hinted at what was to come in Tokyo by dominating the 800m. All these athletes would go on to the Olympic Trials to seek the chance to go on to the Olympic Games.

There, stunning performances abound. Sha’Carri Richardson cemented herself as a household name by winning big in the 100m. Sydney McLaughlin defeated the defending Olympic champion and set a new World Record in the process. With Dalilah Muhammad running next to her the whole way, McLaughlin would then break that record once more, just a few weeks later in Tokyo.

Past and present once again went head-to-head in the 1500m with Hocker, the rising star, defeating the defending Olympic Champion, Matthew Centrowitz. The renovation hadn’t just seen the East Grandstand torn to the ground, it had seen a whole generation steal a march on its predecessors. 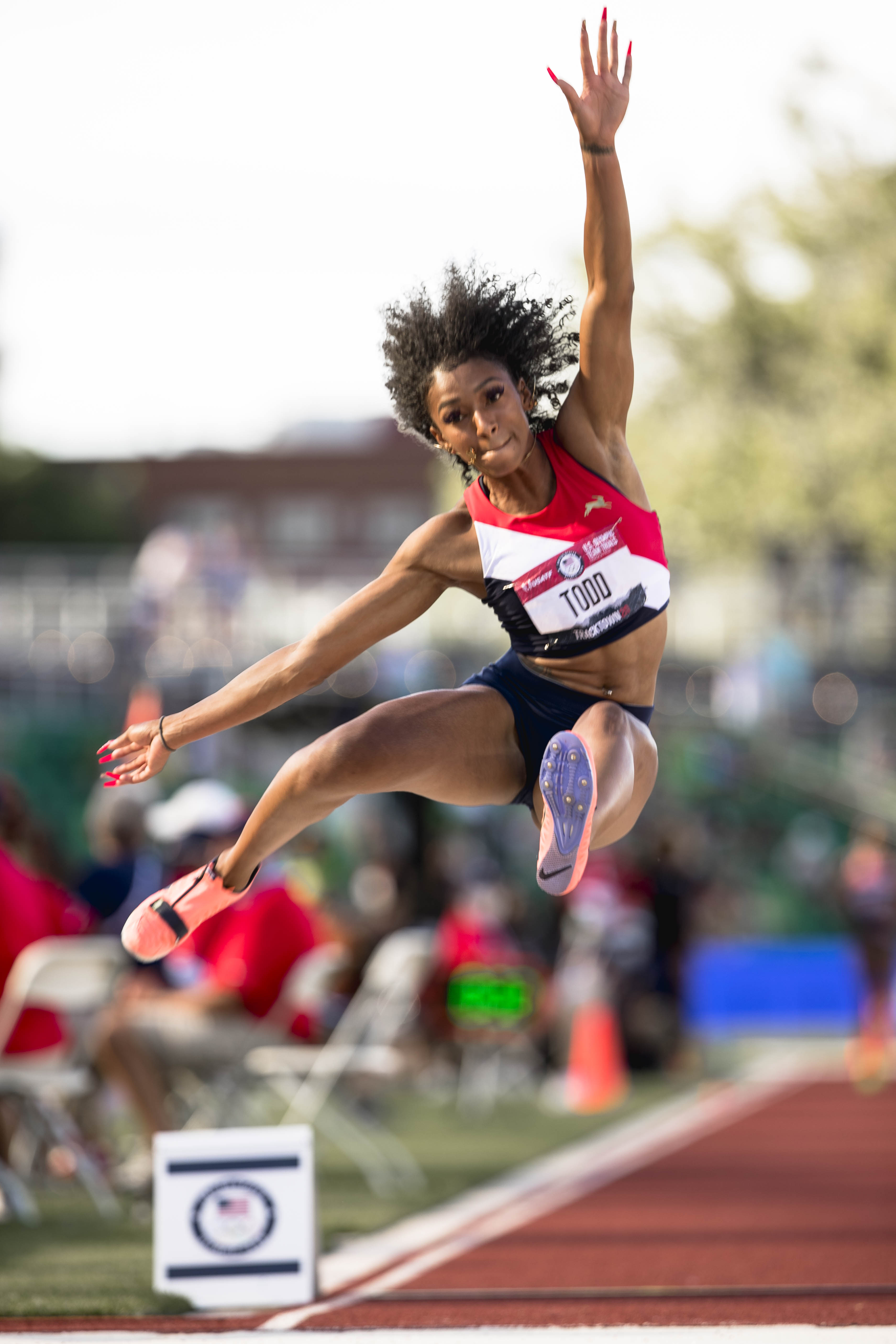 What do these performances and the renovation have to do with symbolizing a change in the sport? The answer is that  all these new, young stars are winning against established competition in world class or world record times. Many of the consistent favorites in events didn’t take the wins or even qualify, while youngsters or unknowns stole the spotlight. The young athletes are cementing their legacy in a new stadium meant to represent a new era of track. And they’re doing it in style.

Hayward Field is more than just a track, it’s an icon, a legend, and a mainstay in our sport. Competitors throughout the track’s history tell fond stories of Hayward magic: the atmosphere and energy, and the knowledge of the fans; the noise of the crowd and the deafening cheers for the favorites; the claps for the horizontal jumps and for distance runners going down the back stretch. That atmosphere is what makes Hayward special. People said that the new stadium would diminish its magic, but it’s the people that make a stadium truly magical.

Track and Field is ever-changing, and in the last decade or so, it has picked up at an insane pace. You hear of the split between new and old fans, ways of broadcasting, facilities whatever it may be. But Hayward has always been our mainstay. Now that the new Hayward Field will serve as the home of the World Championships, Hayward magic is going global.

Former Georgia track and field coach Petros Kyprianou once said of Hayward before the NCAA championships in 2018, “I can confidently say that this place is the heartbeat of our sport in this country. A lot of people can sit and argue about how we’re far away and all that, but at the end of the day, there’s no other place in this country that does as good a job of putting on these championships.”