Save Your Car’s Mileage:

Scott Cain has understood the convenience of run commuting ever since he was a kid. Growing up in a rural town, with parents disinclined to drive him, Scott had to find ways to get himself to friends’ houses. Initially, biking seemed like the obvious choice, but living in a town filled with rocky dirt roads caused him to get a puncture nearly every time he set out. Often, he was forced to walk his bike anywhere from five to seven miles back home. Walking took all day, so running became the quickest solution.

Fast forward 20 years, and Scott, the Co-Founder of RunSome, now lives in London and still relies on his feet to get places.

Scott’s UK-based organization, RunSome, has set out to transform the community’s perception around run commuting. By working with running enthusiasts across the globe, RunSome encourages communities to swap time in the car for time on their feet. The organization also advocates for runners’ best interest – speaking on their behalf when new public infrastructure legislation is produced.

Running is a healthy and free way to travel places with zero carbon consequence. It is an obvious alternative to jumping in the car to drive one mile to mail a letter, so why aren’t more people setting out on their feet? Simon Cook, one of the foremost experts on running as a form of transportation, explains that unlike cycling which requires a lot of protected infrastructure, the biggest barrier for run commuting is the fact that people do not think about it.

Then the COVID-19 pandemic sparked a conversation around active travel in the media and people started to think about running to and fro. It’s become a relevant, eco-conscious and healthy way to get around; runners avoid public transport, remain personally protected and protect others from exposure to COVID-19. The run commute also leaves vehicles and streets open for those who need access to care urgently.

The UK government has noticed the importance of alternative forms of commuting, investing in the new National Cycling and Walking Investment Strategy which aims to double the number of trips taken by cycling and walking by 2025. This investment includes the creation of Active Travel England, a regulating body, and a national cycling and walking commissioner. While it's encouraging that more attention has been placed on alternative modes of transportation, these regulating bodies still leave out arguably the most simple, cheapest and safest form of transportation: running.

Why is the language in this strategy a problem? Excluding running from the conversation means that runners will not be taken into account when working to form new infrastructure bills, and as any runner who has navigated a public sidewalk before knows– runners move and communicate in public areas differently than cyclists and walkers. Additionally, the lack of media attention surrounding running as a means of “active travel” means that it will likely never become an instinctual choice for those deciding how they want to get from point A to point B.

“It's almost like it's not a kind of behavior that they see fitting that easily into their lives. But then, fascinatingly again, once people do so, they suddenly realize that it's a brilliant way of fitting volume,” Scott explains.

That is where Running Mayors, Runsome’s group of athletes and activists, come in. By advocating for run commuting and connecting with local runners, these volunteers are emphasizing the practicality and sustainability of the practice. Running Mayors also act as spokespeople for runners in their hometowns. They attend city halls or other meetings to ensure runners are given a voice when cities are making decisions involving public recreation spaces.

“For me, one of the most appealing ambitions of the Running Mayor scheme was to make running more accessible to people in my local area. We've set up multiple Run Talk Run groups in the Mile End and Bow area already and it's been an absolute joy to head down to those runs and support them in person. As the seasons are changing, I've been in contact with several leaders to discuss making their routes more safe in the darker evenings and assisted them with providing signposting options for those needing some extra support outside of the run groups too. I feel a lot more connected to the area I live as a result of spending my time with these runners,” Running Mayor and founder of Run Talk Run, Jess Robson, explains.

In addition to investing in Running Mayors, RunSome works with companies like RunFriendly to connect runners with a network of showers to ensure run commuting can be a realistic option for those who are worried about arriving at work or dinner unpresentable after a few miles. “Things like accessing facilities to grab a shower is actually helpful for most people. And through RunFriendly, we set up is like a class pass, if you will, but that's just that gives you access to many kinds of changing, and sharing facilities,” Scott explains.

In many ways, running is the most accessible sport that exists. But even though it requires very little equipment, people who are new to the sport are often welcomed by pesky injuries, causing them to give up early on in their career. “Why do so many people get injured? It's typically because we have not designed being active as part of our daily lives. We have designed environments which make it harder, not easier to start exercising,” Scott points out. Active travel is a brilliant way to combat a sedentary work culture. Whether they are someone who is looking to sneak in a 100 mile week into their busy schedule, or just looking to build healthy habits, run commuting can fit into anyone’s life.

Climate scientists have announced that we need to eliminate tail-pipe pollution from gas powered cars by 2025. But not everyone is in a position to combat climate change by investing in a new, electric car. However, mostly everyone has the ability to participate in active travel, on some level. All you need is a pair of sneakers, and maybe a light backpack. This does not necessarily mean running to work every day, but perhaps this means ditching the car for quick trips to the store, or running to the train station for multi-leg trips instead.

Cities such as Paris and Copenhagen have proved that breaking our reliance on cars is in fact possible. We have the ability to rethink the nature of travel and transportation so that taking to foot or bike is not just the better choice, but the default. RunSome wants to play a role in this shift by building a movement powered by passionate runners. Getting involved is simple: rewire the autopilot choice to get in the car, and maybe run some. 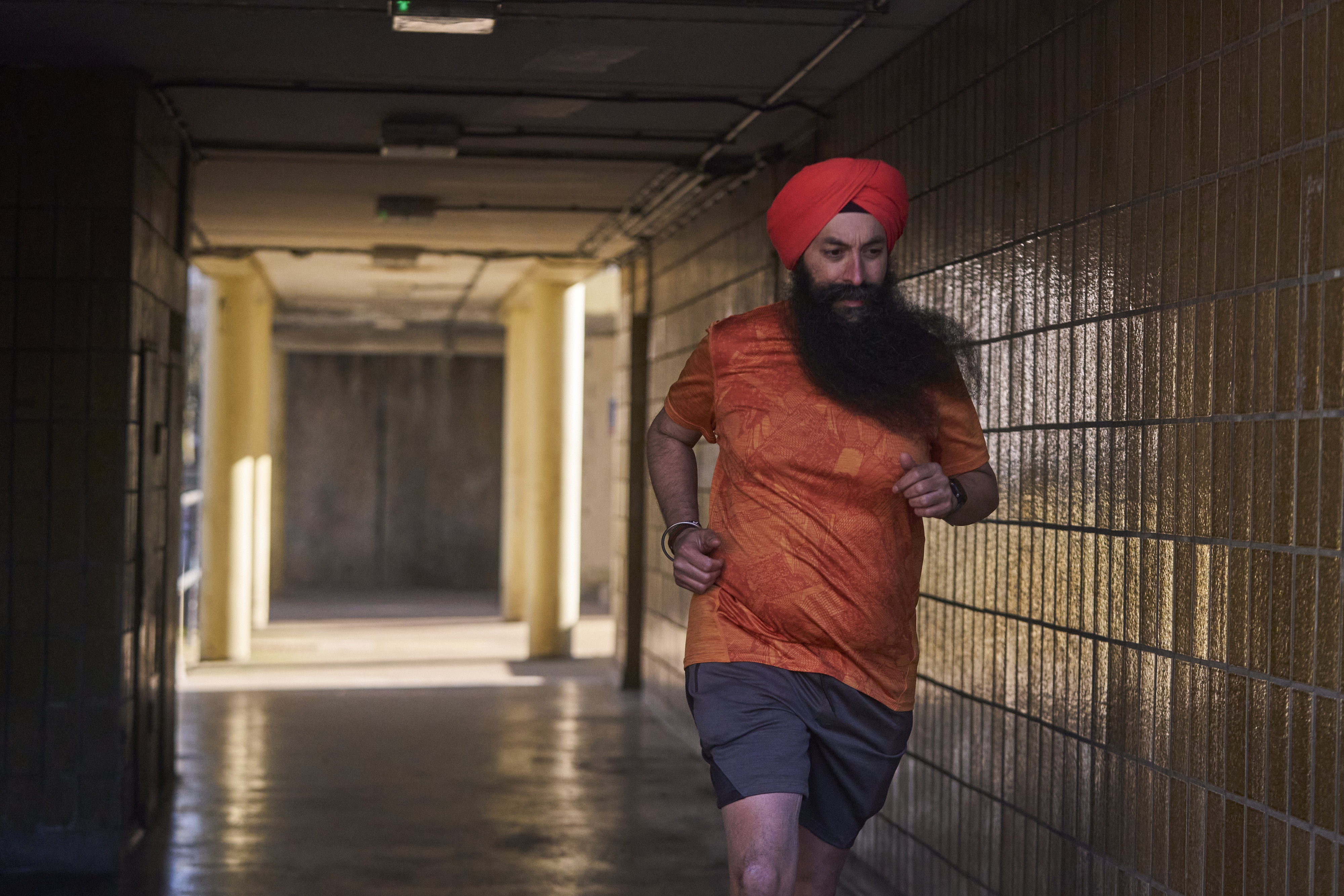