“And I cried watching the runners on the sideline of the marathon and I dreamt my friend was the winner, and don’t you know, babe, he was.”
—“Hail Mary” by Kevin Morby

Kevin Morby is many things: prolific touring musician, nunchuck enthusiast, Kansas City Royals superfan, the list goes on. He contains multitudes. But until three years ago, ‘runner’ was not an identity you'd file him under. Not that he’s interested in categories, "life's too short to have pretensions about what's cool and what's not." But it’s hard not to describe Kevin as cool. With a habit of releasing records every eighteen months or so, he refuses to pigeonhole himself sonically, while working with the tried and true uniform of the alt-American singer-songwriter. He grafts casually thoughtful lyrics to a tapestry of interwoven riffs, percussion, and melodies that take inspiration from around the world but feel forever rooted in the American south. Morby’s gift shines through in the way in which he can span a plethora of styles within the confines of his own sound. He shifts comfortably from festival sensible indie rocker to some glamorous mystical preacher, with Dylan-esque deliveries that have a cooled and sometimes even chilling effect. Regardless of the box you may try to put him in, chances are he isn’t interested in staying in it for long.

We had the chance to visit Kevin at his home studio. As a relatively new convert to running, we discussed how it has affected his connection to the world around him, how it fits into his creative process, the romantic poetry of sports, Jeff Buckley, butterflies, and signs from the beyond. While his presence grows bigger with each release, he finds himself in familiar cities, viewing them through a new lens as a runner. "We're returning to all these cities that I've been to a million times before and to have these beautiful runs where I've seen parts of the city I've never seen before, they are now so memorable to me. Through downtown El Paso, downtown Little Rock, downtown Pittsburgh, it’s just become this great adventure.”

"I find that it gives you the keys to go do whatever you want, wherever you want and no one's gonna second guess you. Running sort of justifies you being out in the world."

ON RUNNING ON TOUR

KM: So what I do onstage is actually pretty athletic. I'm wearing these heavy suits and it's kind of like this weird calisthenic workout for an hour and a half. So I've learned through trial and error that I can't run on show days. It's one or the other. I've got around a half hour to an hour and a half worth of physical activity for me, so it's got to be my days off. I usually have one to two days off a week and I always make a point to run then. It’s amazing, I've been to these cities so many times, but I've never had that relationship with them. The last American tour that I did was so great for me because we were returning to all the cities that I'd been to a million times before and to have these beautiful runs where I've seen parts of the city I'd never seen before and they are now so memorable to me. Through downtown El Paso, downtown Little Rock, and downtown Pittsburgh, it’s just become this great adventure and the perfect thing to do. Also, you get sluggish on tour, you get depressed, you get homesick, and running is the best counter to all of that. 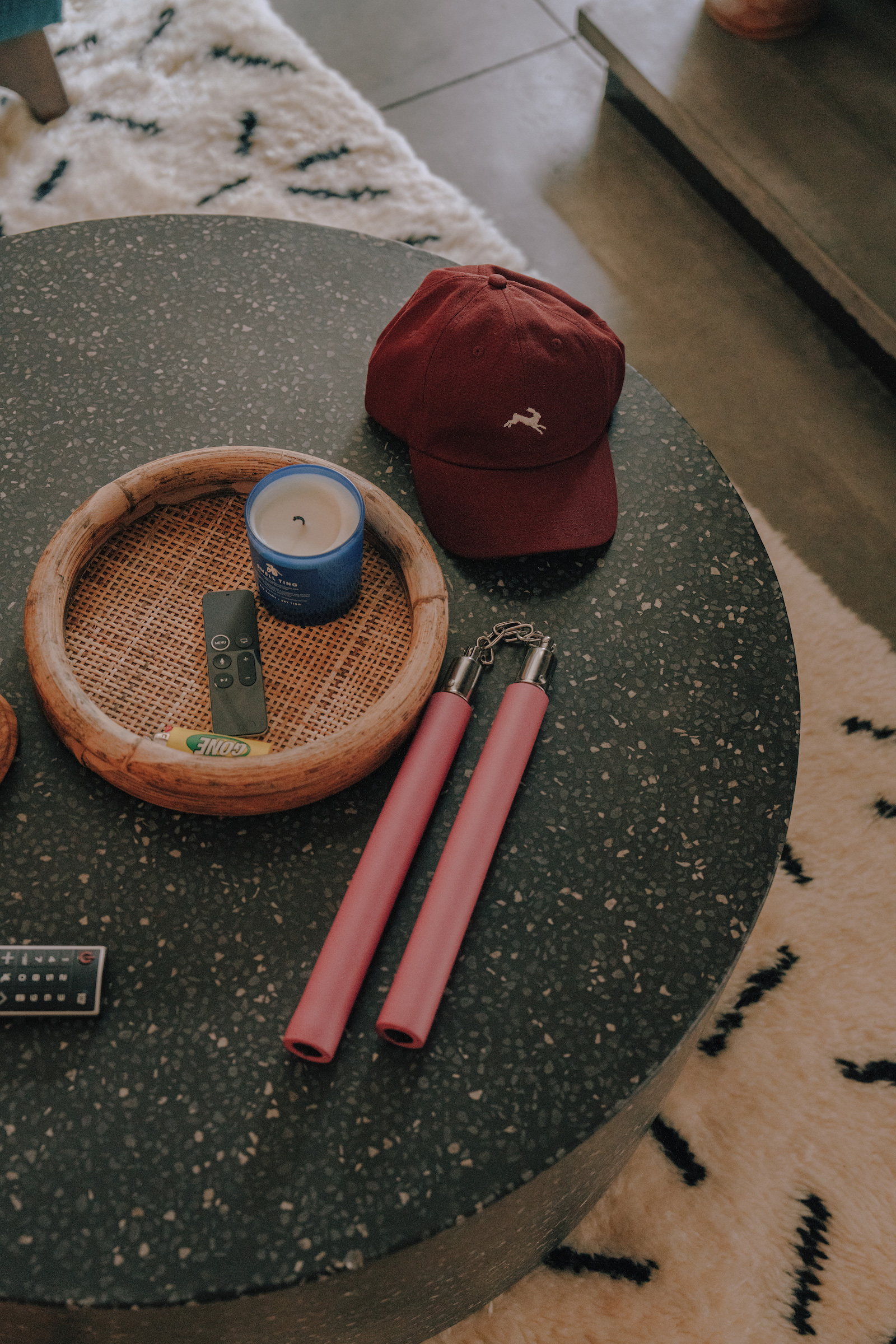 KM: In Pittsburgh, there was this amazing moment where the snow was falling and I was running over some bricks streets, through downtown, and I was like, the only person out and there was someone on the street corner, asking for money, and she yelled at me, "Sweetie, stay warm." Just me and this person are out in the snow, obviously, for very different reasons, but we have this sort of moment of camaraderie. Then on the walk back, we ended up talking a little bit and it was just this beautiful moment, all because of running.

ON OTHER MUSICIANS FINDING RUNNING

KM: There are a couple of runners in my band. So we'll do a lot of runs together, which is super fun. It's the best. But yes, I've noticed an uptick with it, that and playing tennis. Every musician I know is playing tennis.

ON THE ROLE OF EXERCISE IN THE CREATIVE PROCESS

KM: I think it's funny, and this might be a symptom of our generation growing up with the internet and being what it is now, but I think the separation of sports and art when we were younger, it felt like you had to choose one or the other. And I certainly chose sports until I was like 12 years old. And then I made a hard pivot to where I was like "I hate sports, I'm only doing music." And then it wasn’t until I was around 25, when I was, like, you know, I actually do really love sports. I hated a lot of the culture around it at the time. But, you know, now a lot of that culture has changed for the better. And I feel like anytime I have something I can't answer (running) will iron out the questions for me. It takes all the scatterbrain thoughts that are snowballing around and lines them up. Being creative is so much about making this mess. It's part of the process. I love having all my stuff around and not caring. It just has this messy nature and can be very insular. And then running is the opposite. It's very external, it's getting out, and it's an organizational tool for my creativity. Being creative, it's kind of just sitting around, you know, which is great, but to have a counter to that, that makes you then appreciate that time that you get to sit around, is very important.

ON FINDING THE ABILITY TO STEP OUTSIDE OF THE CREATIVE PROCESS

KM: It just kind of makes itself known when I need to step away from one or the other. You know, it's time to dip into the other thing. I've heard a lot of other songwriters talking about this as well, but when you're trying to channel the creative spirit, it's like you're putting yourself in the room and putting yourself in that space to just be like "Hey, I'm here and I'm open if you want to come and meet me halfway." And then if that happens, and that channel opens up, it's great. And then as quickly as it comes, it's left. I'm a morning runner, I do it before I do anything else. It is my way of getting myself to this blank canvas, which is really nice. 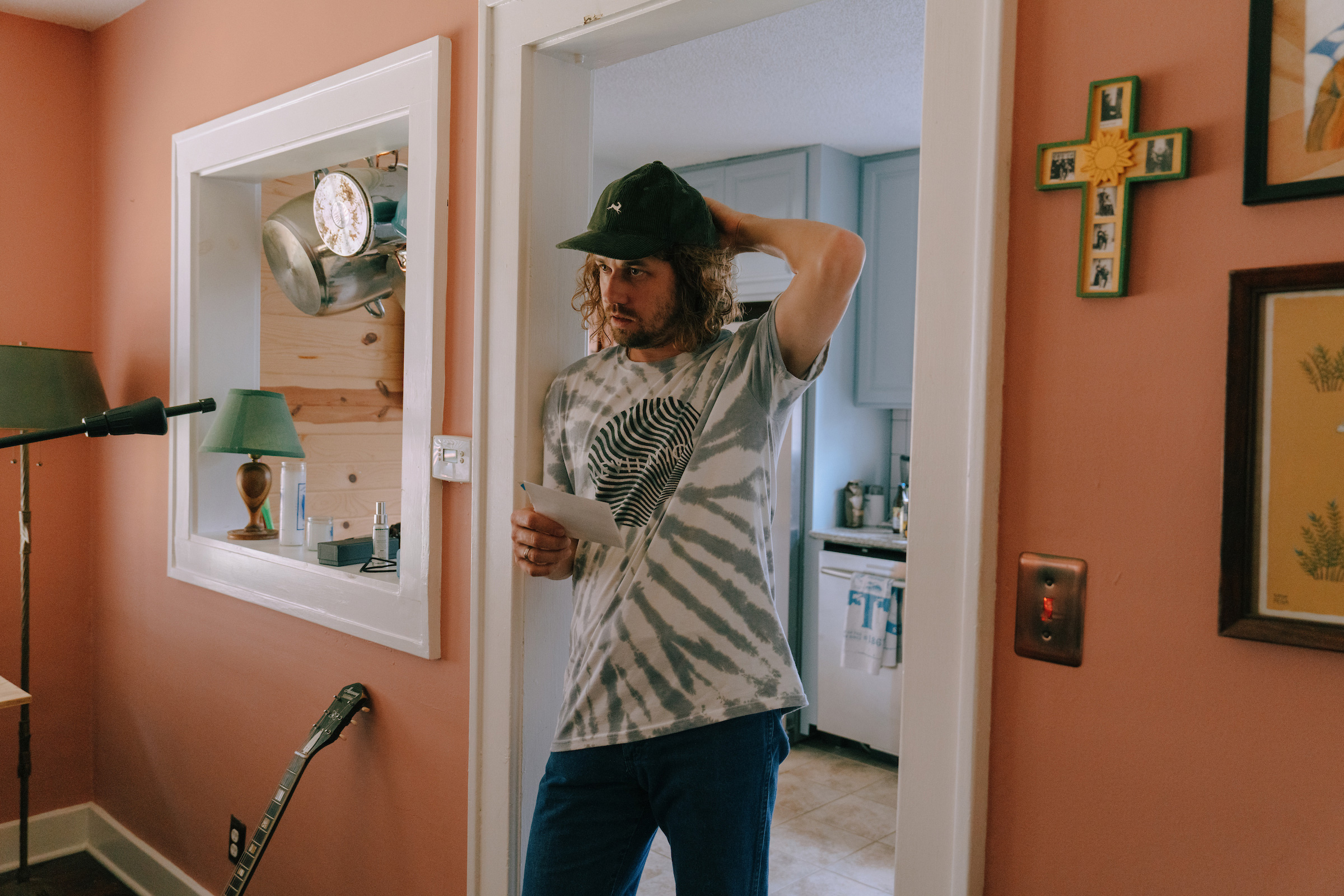 "There are no other stories you can watch in real time that are quite like sports. I think it's super poetic."

ON BUTTERFLIES AND BUCKLEY

KM: I was speaking in an interview when my last record was coming out where I wrote this song about Jeff Buckley which is called the “A Coat Of Butterflies". He had this whole thing where shortly before he died, he was living in Memphis, and he tried to get a job volunteering at the Memphis Zoo, because he wanted to have this volunteer shift at the butterfly garden. I like to think it brought him some sense of peace. So when I was writing the song about him, I was researching his life and time in Memphis, spending time at the zoo, near where the butterfly garden would be. Anyways, I returned to Memphis later to do my first New York Times profile, and I was really nervous about it, and I really slept like shit the night before. I was like, fuck, I'm gonna be sluggish for this thing, and I also felt this sense of, you know, I have this song about Jeff Buckley and I never knew the guy but I'm using his life story – I wonder if Jeff Buckley is annoyed at me? That was a thought that I kept having. I couldn't figure out the answer and so in the morning of this interview, I was like, “Should I go on this run? Should I not go on this run?” I didn’t want to tire myself out too much but thought it would be good. I ended up in downtown Memphis, running along the Mississippi River, which is where I would run when I was there writing the year before. So I decided I'm going to run by where Jeff Buckley entered the water. So I ran down to where it was, and it could be coincidence, could be nothing, but I chose to just open my mind to this sort of magical universe, and as I was passing where he drowned, there were these two butterflies that went along with me for a moment. I like to think that it was Jeff Buckley’s way of saying “the song is all yours.” 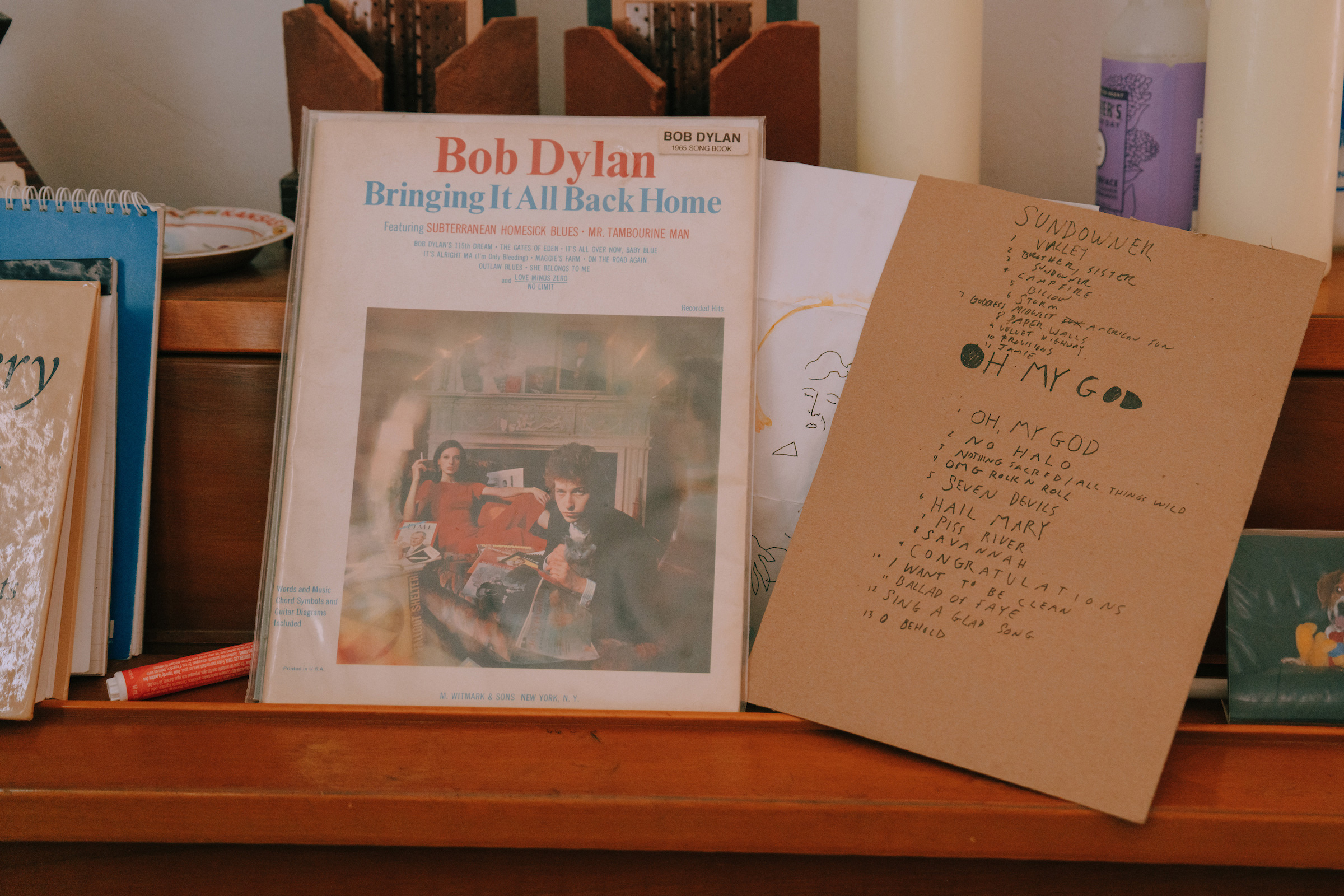 During our day with Kevin at his home and studio in Kansas City – in between running and playing music – Kevin lent his vocal talents to our latest short film series, a celebration of the lingua franca of running.