In London, a break from repeated marathon cycles brings the mile, and the strength of the amateur track and field community, to the fore.

February, 2022. Seville, Spain: Marcus Brown has just run a marathon. It was hot and hard as hell, the black Spanish asphalt inflating the air temperature to a level tortuous to anyone who spent the winter training in dank, gray Northern Europe. Together with a group of sun-baked Brits we are sitting outside a Tapas bar disseminating what happened. We're both part-happy and part-dissatisfied, part-exhausted and part-buzzing with the idea of what's next. "What is next?" he asks. "I'm going to take a few weeks off then start training for the mile," I say. After 16 weeks of dedication to the marathon project, conducting long hard runs before London's late dawn, I need a mental break as much as anything - less grinding, more finesse.

In many ways, the marathon is a meat-headed proposition, a simple case of throwing spaghetti at the wall and seeing what sticks, while desperately crossing your fingers that you don't get injured. The mile, on the other hand, is an impossible blend of art and science, muscle and mindset. It's beguiling precisely because it stands in such stark opposition to the marathon, while clearly boasting many crossover benefits. Singing the praises of the mile and the training that goes into it in that bar in Seville, Marcus and I begin to construct a plan: he's devoted years to the marathon, but that's as far as his experience of competitive running has gone; he still loves the marathon but that immediate passion to jump straight back into the grind is gone; perhaps the mile will help reignite that spark?

The next day I email Nick Willis, Tracksmith's resident Olympian and oracle of all things middle distance with a suggestion: train Marcus for the mile, with the intention of him racing the Westminster Mile in London on May 1st. Willis' enthusiasm for the mile knows no bounds, and within minutes the exchange has grown in ambition to encompass Tracksmith's first ever race outside of the US, with the Tracksmith Amateur Mile, to be held in London on May 12th.

"It's not even the race itself that I love most, but the variety of training that is required," says Willis. "You get to work on a different energy system each day, and I never get bored. It encompasses every element of running: speed, endurance, power, agility, tactical nous and pace judgement. I guess that's why I've been doing it for 20 years." 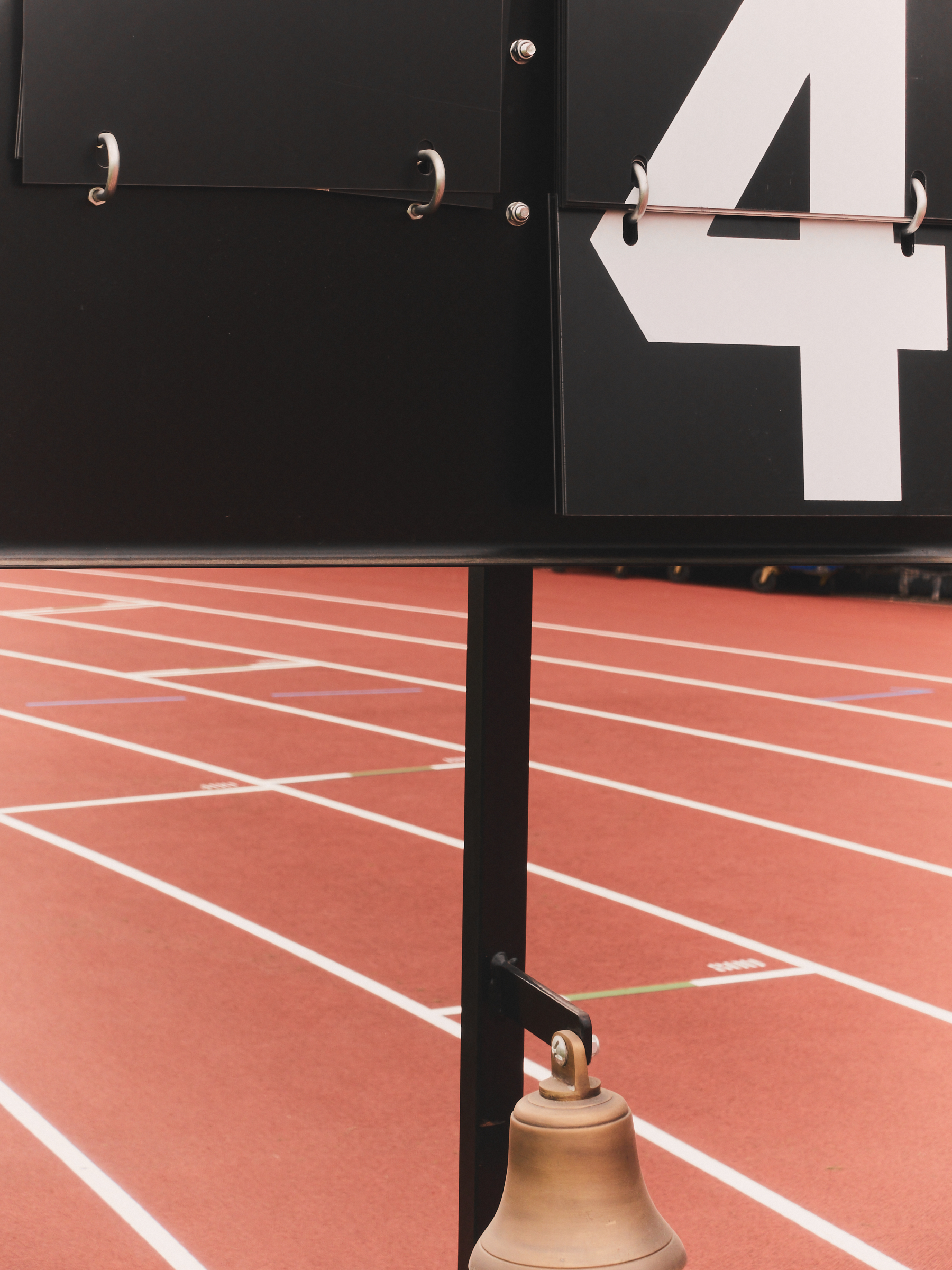 We add Molly Bryan to Willis's coaching roster, and we work up a plan to provide weekly community coaching sessions in London every Thursday in collaboration with coaches Ross Murray (himself an Olympian having made the semis of the 1500m in London 2012) and Kate Carter, and the crew TrackMafia.

Bryan is another runner who returned to the sport of running as an adult and immediately focused on longer distances, half marathons and up, with plenty of trail running in the mix too. What did she expect of the mile training?

"I used to run with school," she say. "One of my PE teachers was a very, very good runner. We had Cross Country Club twice a week, but was pretty much just running around field. Then I went to Uni and carried on running but it was more drinking. I got back into it with half marathons - just running for charity. So this was the first really structured training I’ve ever done that wasn’t self-led." Bryan thrived through the training sessions, logging plenty of basic aerobic running, and enthusiastically hitting every workout Nick Willis set for her. "I found it interesting," she says, "I expected it to be shorter training than it was, but I could really keep the volume up, which was nice. I want to implement that kind of structure into the way I train for other races and other distances." 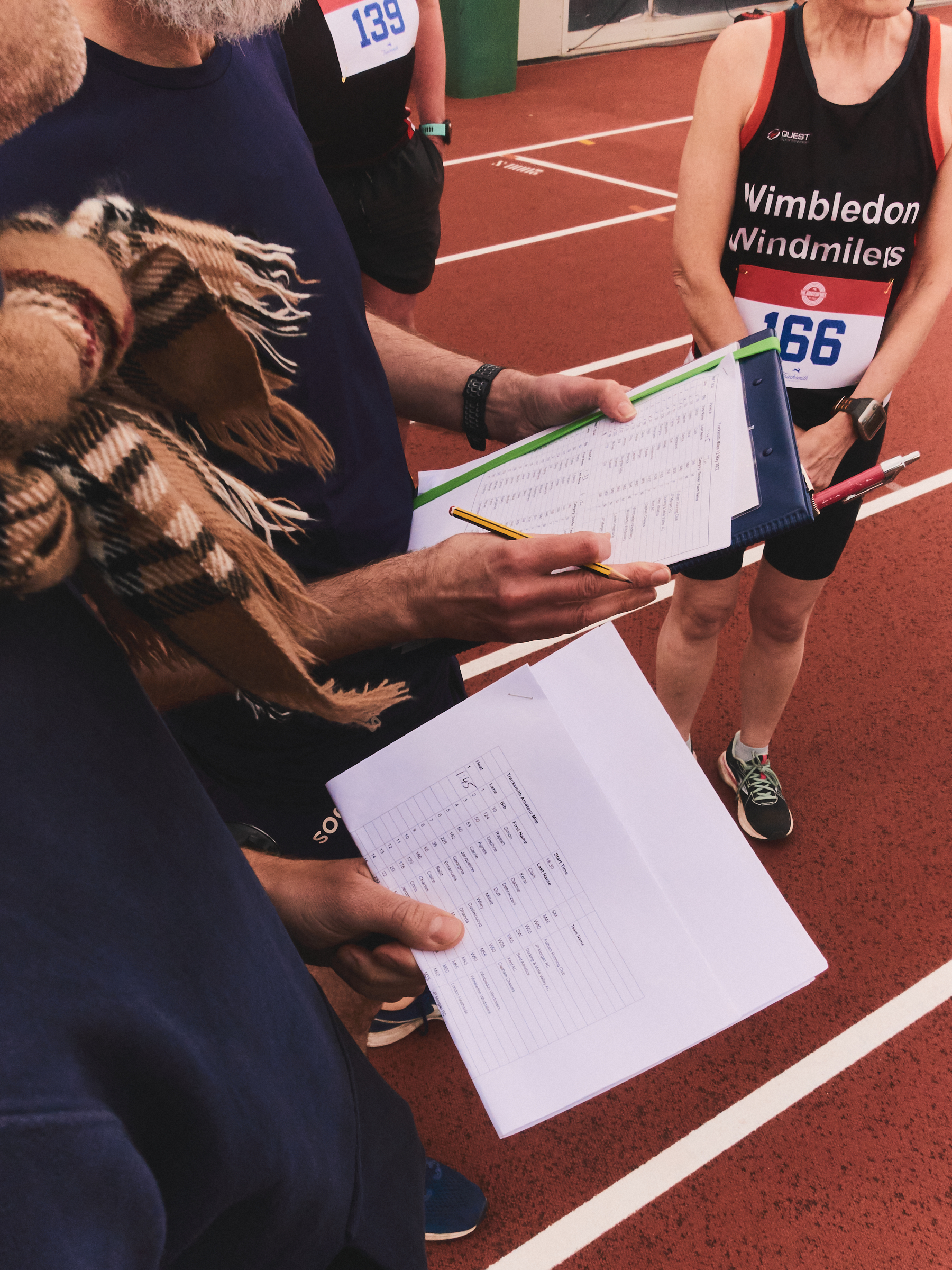 On May 1st, I find myself lining up alongside Marcus on the Mall, where the London Marathon traditionally finishes, for the start of the Westminster Mile. Winter is a distant memory and the air is thick with pollen from the London Plane Trees that line the boulevard. Training has been going well with a mix of speed sessions on the track, hills and fast paced tempo runs. Despite the shift in focus, mileage isn't dramatically different to what we would be hitting in marathon training.

We're both excited to see what's possible on the road, 10 days before our track event, and when the gun fires, we leap off the line like coiled springs. It's a fun race, surrounded by people passing and being passed, different to the smaller fields you experience on the track. I cross the line in a lifetime pr of 4:59, Marcus follows in 5:21, 12 seconds faster than he ran in a time trial four weeks previous. Afterwards we're coughing for an hour or more as that heavy pollen clears itself from our lungs. You don't, we agree, get that after a marathon.

“I was definitely very nervous beforehand because it was a different distance,” says Brown, “but then once the gun goes, everything just melts away. I think one of the biggest lessons I've learned from this is, sometimes we can overthink it - you don't know what you're gonna do until you do it.” Having spent so long training for the marathon, switching to the mile is a big eye-opener for Brown: “It was a really good re-education about training. You know, some people think it's 'only a mile' but it's still hugely aerobic. And for me, it's all this confidence booster - I was getting in my own way with the marathon, but running with faster people and racing more often has been a really good exercise.”

On May 12th we assemble at the London Marathon Community Track, in the shadow of the West Ham football stadium, which in a former life hosted the 2012 Olympic Games. We have 13 paced races on the cards, starting around 8mins and culminating in elite races for men and women. Will someone go sub-4? The promise of being paced by Nick Willis, who recently ran sub-4 for the 20th consecutive year, has attracted a quality field, and every race is stacked with pr-potential.

The first race of the evening brings home the strength of London's running community when a runner suffers a cardiac incident. St John Ambulance staff rush to his assistance along with a number of trained medical doctors who happen to be participating or spectating. They perform CPR and slowly resuscitate the victim before the ambulances arrive. When, eventually, it is announced that the patient is conscious, stable and ready to travel to hospital, and the ambulances perform a lap of honour in front of cheering runners and spectators, there is sense of euphoria and pride at the strength of our community. Races are rearranged to account for the lost time, but the timekeepers keep pace with the enlarged fields and the atmosphere gradually builds as the winning times get faster. By the time the elite men's and women's races take place, the scream tunnel in the finish straight has narrowed and the noise has only got louder. In the women's race, Molly places fourth, with a huge 30 second pr, and then the men take the stage to race sub-4:10 in a staggeringly competitive race.

Ten days later, Molly goes on to place second at the Hackney Half Marathon with a seven minute PR, running under 1:20 for the first time. "It was a big surprise," she says. "I think that structure and the consistency I got from the mile training has really helped my other distances."

Why the mile? Why track and field? Few sports allow for individuals to excel and communities to shine. The mile is an outlet for athletic excellence and one we believe everyone at every stage of athletic development can benefit from. But more than anything, racing the mile connects you with the broader track and field community, a community whose strength, camaraderie and positivity really came through that night in London.

This summer we're hosting a series of Twilight 5000m races around the United States. Join us - all the details are on the Twilight 5000 page.